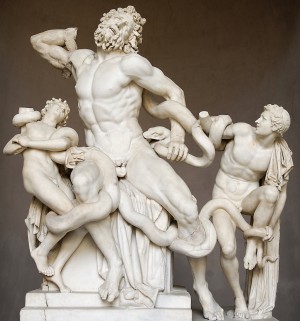 he human figure has been a subject in art for thousands of years, since prehistoric times. The classical Greek style is firmly rooted in analytical corporal observation, such as this inspirational late hellenistic era Laocoön and his Sons in the Vatican Museum.

The Carracci brothers, who opened their Accademia degli Incamminati in Bologna in the 1580s, set the pattern for later art schools by making life drawing the central discipline. The most intimate workings of the human body have been studied and recorded by such diverse artists as Leonardo da Vinci, like the drawing here, through the exquisite figure works of the French artist Pierre-Paul Prud’hon to the contemporary British painter and draughtsman Lucian Freud. We can see that observing and capturing the human has been a constant for centuries and has fascinated artists for thousands of years. This passion for figurative art does not seem to be dying out with the people. Today, every week maybe millions of people attend life drawing sessions across Europe and the Americas to try and learn to draw from the figure. There has been an upsurge in books written on the subject, and there are thousands of diverse web sites and blogs that attempt to offer you lessons in drawing the human figure. Not only that, many more millions visit museums, such as my favourite, the Louvre in Paris, to appreciate the countless pieces of sculpture and paintings that are based on the observations of the body. 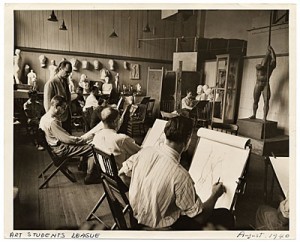 However, with some notable exceptions, over the last 100 years or so there has been a general decline in realistic observational drawing (the cornerstone of classical figurative art) taught by most major art schools, and consequently a decline in observational drawing by contemporary artists – especially in Europe. One art student told me that at his school in a major european city he was told to be creative and produce what ever he wanted . . . until he started drawing the figure from life. This was seen as totally unacceptable, he was ridiculed and eventually left the course. It almost seems that some tutors in some major colleges are acting towards observational art of the figure as they did towards the impressionist or abstract art when they first emerged. Has observational figurative work become the current avant-garde? Because of circumstances like this that do not encourage observational learning, the connection between artist and drawing from life has faded, particularly with the human figure as the core subject. This break in traditional practice by the major contemporary teaching establishments has meant that the carriers of the knowledge, the masters who were taught in these methods by their masters and handed down for hundreds of years through many generations, are now deceased. They did not have a chance to pass on their teaching to the next generation and so this knowledge is lost. Therefore, artists today who are intent on observational study of the figure from life may have some difficulty in finding places and people who will encourage them in their quest and who can offer them informed knowledge. Nevertheless, the human body continues to captivate people. Especially in America, but also in Europe, there appears to be a resurgence of interest in the skills of drawing the figure and the painting skills associated with it that had almost been lost to us. There is especially a refreshing groundswell of younger artists in the long-established painting and drawing techniques of classical methods. Although there have always been a few places where this art was taught, like the Art Students League in New York, over the last 10 years or so many workshops and private artist ateliers are being created to fill this need. Although something has undoubtedly been lost, we are trying to build on our heritage. We are trying to re create this lost knowledge.